It has always been a debatable topic that why women are not allowed to join Indian Army, why they are not given a chance to serve their motherland, why only men are allowed to join army and serve the nation and making their families feel proud by sacrificing so much for the safety of the nation. There was a time, when women were not at all privileged to work outside the house, then forget about Indian Army.

1992 was a landmark year in the history of India, where an amendment was made for the introduction of women in Indian Army, directly in Officer Cadre. OTA i.e., Officers Training Academy, Chennai, decided to undertake their after recruitment training programme. Since then, women are also treated equal to men, they are also making their families proud by sacrificing so much for the safety of our motherland and till now more than 1200 women cadets are placed into various arms and services of Indian Army.

Entry for women cadets in Indian Army is very different from that of men. As men can start to apply for Indian Army after they complete 8th standard and from 17.5 years of age. For women, it is important to complete their graduation who are wishing to join Indian Army. and then they can check latest Indian Army Female Recruitment Rally 2023 here. 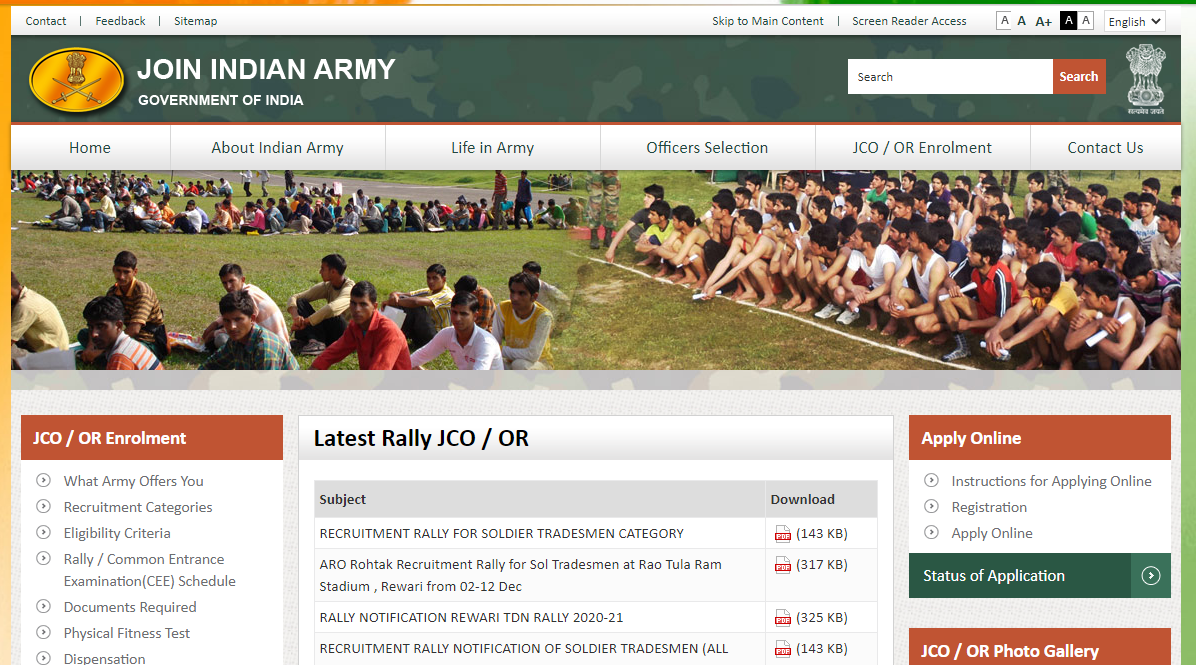 As an officer now women/widow or girls can join Indian army, below are the details of Indian Army Female recruitment 2023, check them and fill Indian Army Latest Female Recruitment online and offline application form.

There are 3 ways in which women can join the second largest Army in the world, i.e., Indian Army.

Let’s discuss about all of these three entry schemes in details for Indian Army Female bharti 2023.

There are two categories inside this:

But now is the scenario, where women are working equally as the men do, they are also earning bread and butter for the family, and they have enough courage to take care of their country. You all have now a chance to get selected in Indian army check the article Indian Army Female Recruitment Rally 2023. Where we have mentioned about how to apply for Indian Army Female Recruitment Rally 2023.

They are also serving the nation at borders. There is hardly a single field left where there is no women working, otherwise at all the departments women are doing equally well as the men do. They are equal or one step forward to men, but not less.

Salary in Indian army for girls and boys is mostly same. There are no changes but due to location there might be some changes in allowances. Keep visiting www.4eno.in for more updates related to Indian Army Female Recruitment Rally.