It all depends upon their embodiment or it is regular. As you are expecting that if you will serve in TA (Territorial Army) and they will pay you on regular basis then it isn’t allowed by Territorial Army. Territorial Army is specially for particular area and TA recruits candidates for officers and soldiers. Below is rank list of TA. Now Some question will be clear that what is the highest rank in Territorial Army. What are allowances, Grade pay, basic pay, and facilities included with Territorial Army Salary. 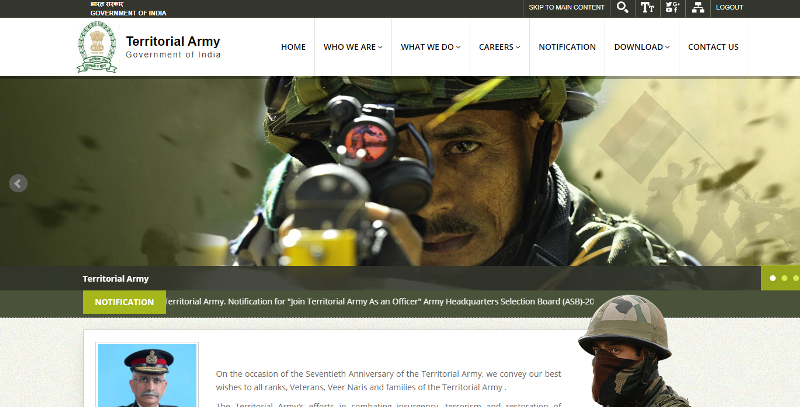 We have mentioned each and every detail below regarding Territorial Army Salary rank wise. Many people want to join Indian army but they give a thought about joining Army when its too late. So first criteria for joining TA (Territorial Army) is their age limit. Age limit in TA is up to 42 year.

After the implementation of 7th central pay commission, TA annual salary has been increased. Check the list below and what are the dearness allowance of Territorial army salary system is increased.

Second and one of the most important things is they can serve for TA according to their choice in a year. If you want to do work for 3 months in a year or 4 months or according to you. You can choose your time period and that time period called “Embodiment”.

What is the salary Scheme/system. Do they get salary annually or for their embodiment services?

Salary system in territorial army is simple as in private sector you will get the salary for your work. “No work No Money”. Territorial army works on the concept or “No work no money”. Means you will only get salary of the embodied.

From some sources we get the information that you can work for whole year and you will get salary for that time period. There are two type of staff in TA, some are regular and some of them are not on regular basis.

3 Territorial army officer’s rank comes under pay band 3 and and the all also get different salary in hand but pay band scale is same.

JCO and OR ranks officer comes under normal pay band. Check the list below and look up what is the salary of subedar major and see the difference between each rank.

Facilities and Benefits for them and their family

Some benefits for Officers, JCO and OR and their family in Territorial army salary system. Check the list below for benefits.

Pay band allowances and other benefits in territorial army salary system is below.

These are benefits and allowances and pay band for Territorial army. Regarding any question you may comment below.