IPS Officer Salary – In Hand Per Month Salary, Allowances & Perk : The pay scales vary depending on the division, subdivision, or service, and the IPS salary is in accordance with the 7th pay commission. Many candidates for the civil service are curious in the IPS Officer Salary structure and the benefits of working as an IPS officer. Without a question, IPS is the elite bureaucracy that gives the state police and the federal forces outstanding commanders. There are other factors that entice young people to sit for the IPS exam, aside from the IPS Officer Salary. But in this article, we’ll go into great detail on IPS Officer Salary, Allowances, and Perks following the 7th Pay Commission. The compensation, benefits, and pay scale for the IPS officer post are listed below for the benefit of all Civil Services hopefuls.

Candidates must understand, too, that their preparation for the UPSC shouldn’t be solely motivated by the lucrative income of an IPS officer. Being an IPS officer is something to be proud of, and it comes with a lot of important duties. 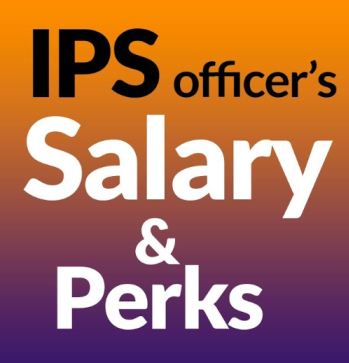 A DGP’s IPS salary can be as high as Rs 2,25,000 per month (without TA, DA, and HRA). The starting IPS Officer Salary is the same, and it rises with seniority and length of service. Below is a table that shows the starting and highest IPS salaries.

IPS Officer Salary as of the Seventh Pay Commission

The IPS pay scale is established using the new IPS Officer Salary, Allowances, and Perks, which also includes the basic salary, TA, DA, and HRA. Pay Grades for Civil Services have been eliminated and Consolidated Pay Levels have been added in the new system. Let’s examine this new IPS Salary structure for a month.

Salary of IPS During Training

IPS officers get paid when they are in training as well. The overall IPS Salary throughout the training period at the 10th level of the pay matrix is around 55,000 or more, according to the 7th Pay Commission. Once they enter their cadre, it differs from state to state. The compensation of an IPS officer has increased with the implementation of the 7th pay. The IPS Salary prior to the seventh pay was close to Rs. 30,000.

The IPS Salary also comes with a lot of benefits. A newly hired candidate will receive a generous pay, facilities, and benefits such

The duties of a freshly hired ASP (Additional Superintendent of Police) include upholding the law, apprehending criminals, and handling accidents. The officer will be in charge of monitoring human and drug trafficking, smuggling, railway policing, maintaining border security, preventing terrorism, and keeping an eye on cybercrimes in addition to receiving a competitive IPS Salary.

An IPS officer may be hired by a number of organisations, including the Central Reserve Police Force (CRPF), the Research and Analysis Wing (RAW), the Intelligence Bureau (IB), the Central Bureau of Investigation (CBI), and others.

Promotions and Professional Development of an IPS Officer